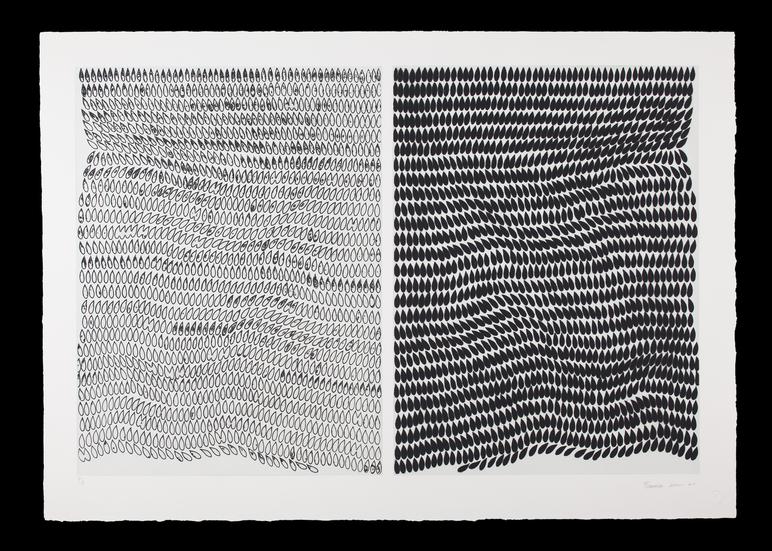 ​Francisca Sutil is a Chilean painter known for her research of the chromatic surface, the nature of the support and the study of textures and materials that she prepares herself. Born in Santiago de Chile in 1952, she moved to New York where she received an M.F.A. from Pratt Institute in 1981. Since 1992, Sutil has lived and worked in Santiago.

Sutil’s work is characterized by its superb construction and unique contemplative qualities. When approaching her paintings, the viewer is immediately captivated by the textures and hues. She proposes a rigorous exercise of painting on support, regardless of its material composition, in search of pictorial depth. It is a mental process from which a neat and pure chromatic production emerges. Intending no specific content in her paintings, she instead asks viewers to respond openly and honestly to her abstractions. She uses her work to provoke emotions and sensations, and in turn, encourages reflection, meditation and lasting thoughts and memories from that experience.

Sutil’s technique is integral to the experience, both in her prints and drawings on textured handmade paper, and in her pigmented gesso surfaces and vertical oil bands she calls Spaces. She is interested in the relationship of color and light, as well as in the nature of the support. In her Mute series, she works with traditional materials allowing the expression of the mark to push its meaning. Her interest in the observation and meditation that the paintings cause is seen in the chained sequence of her compositions: trance-inducing shapes or marks assembled to reflect the experience of their creation.

Sutil has received numerous grants and awards such as Fellowship, Southern Methodist University, Dallas; Drawing Center (Paper Conservation), New York; Artists Space, New York; among others.  She was also commissioned to complete a series of 12 paintings for a private chapel in Santiago, Chile. Her work can be seen in public and corporate collections such as the Archer M. Huntington Art Gallery, University of Texas at Austin, Austin, TX; El Museo, New York; the Museo de Artes Visuales, Santiago; the Museo de Bellas Artes, Caracas, Venezuela; the National Gallery of Art, Washington D.C.; Chase Manhattan Bank, New York; the IBM, Santiago; and the World Bank, Washington D.C.; among others. In 2016, Sutil was awarded Best Exhibition of the Year by the Chilean Art Critics Association, and in 2017, the Marco Bontá for her artistic trajectory.